Question 1. Is artificial sweetener in carbonated drinks harmful to health?


Most of the sugar-free carbondated drinks on the market are sweeetened with aspartame, an artificial sweetener that is about 200 times sweeter than sucrose. Although it has the same calorie as one gram of sucrose, you only need to use a small amount; thus, the calorie is reduced. Some people have suggested that aspartame can cause cancer. Everyone should be aware of the fact that every food has its toxicity. As long as it is used in moderation, it will not affect health. According to the recommendations of the World Health Organization (WHO), 40 mg of aspartame can be accepted per kilogram of body weight. A can of 12 ounces carbonated drink only contains 170 mg of aspartame, so for a person weighing 50kg, drinking more than 11 cans per day will exceed the safety limit.


Question 2: Trans fat increases the risk of cardiovascular diseases, how to avoid it?


Trans fat can raise the amount of bad cholesterol in our blood. Eating trans fat increases our risk of developing coronary heart diseases. It is commonly found in pastries, bread and biscuits. To avoid consuming trans fat, pay attention to the words "partially hydrogenated fat", "plant shortening", "artificial butter" and "animal shortening" found in the food ingredients lists. In addition, the ingredients are listed in order of predominance, with the ingredients used in the greatest amount first, followed in descending order by those in smaller amounts. That means that the first listed ingredient is what the manufacturer used the most of.


Question 3. Low-fat cheese must be healthy?


Yogurt is a dairy product that contains carbohydrates, protein and fat. Low fat yogurt found in grocery stores has its fat content reduced. During this "slimming" process, manufacturers have added back a lot of sugar to compensate for the loss of taste; thus, calorie content is increased. For some low fat yogurt, each cup (150ml) contains up to 20 grams of sugar, which is about 5 teaspoons of sugar. The calorie content could be surprisingly high. Pay attention to the nutrition claims and the ingredient list, look for the words “sugar”, “granulated sugar”, “glucose syrup”, etc., and you will be able to spot hidden sugar in foods.


Question 4: How to choose edible oil?


Fresh juice is the quickest way to get vitamins. However you are also taking in a lot of sugar. Whoel fruit is rich in fiber, which helps to enhance the feeling of fullness and is the most effective way to reduce the intake of excess fructose. It is recommended that there should be no more than two fruit drinks per week to replace whole fruit.


Question 6. What foods are rich in omega 3 fatty acids besides salmon?


Besides salmon, tuna, squid, and sardine also provide heart-healthy omega 3 fatty acids. If you do not take fish, plant sources such as flaxseed, can provide plant-based omega 3 fatty acids, which can be converted into EPA and DHA in our body to maintain heart health.


Question 7. Are electrolyte drinks needed to replenish energy after exercises?


For normal individuals or non-professional athletes, performing less than 90 minutes of exercise, they can replenish the water loss by drinking boiled water. Sports drinks sold in the market contain sugar in addition to electrolytes. When you take sugar (extra calories) after exercise, the calories burned through exercising are wasted.


Soya milk is a soy bean product that is rich in plant protein and isoflavone(antioxidant). It can keep our heart strong and healthy, prevent cardiovascular diseases, and osteoporosis as a result of menopause. However, soy beans are low in calcium naturally. Some calcium-fortified soya milk is added during the production process. Thus, soya milk can not replace milk to provide calcium. Dairy products are indispensable for maintaining bone health.


Question 9. When should I take multivitamins to maximize absorption?


Multivitamins contain vitamins and minerals. They act as an assistant to help us absorb carbohydrates, protein and fat. Therefore, they should be taken after meals.


Rice is a type of carbohydrate. It is the main source of energy for the human body. Lack of carbohydrate can lead to dizziness and other side effects. It is way more fattening if you eat less rice, but end up being hungry and taking more meats. 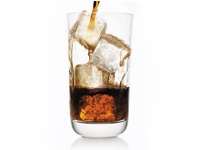 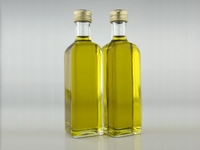 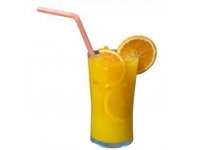 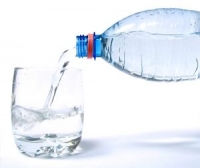 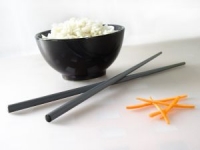